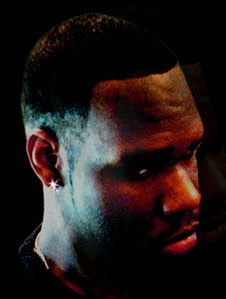 To all appearances, the namesake of Knoxville’s most formidable jazz personage has chosen a path that is wholly antithetical to everything his father stands for in music. The second son of esteemed pianist/composer/educator Donald Brown, Donald Brown Jr. has traded the warm acoustic intimacy of grand piano, stand-up bass and drum set (the trio format featured in Autumn in New York , one of his dad’s loveliest CD recordings) for a Midi keyboard, a set of monitors, and an MPC 2000 Akai drum machine. Samples, not standards, are his sonic currency. He has eschewed the organic rhythms of swing in favor of looping and prefab beats.

Some might even say that the son of our city’s world-renowned jazz statesman is not even a musician, at least not in the stodgiest sense of that word. Rather, he is an aspiring hip-hop producer, having made much of his living the last several years working with local artists like 5ive Ft. Giant and Jaystorm and Military Minded.

Now he has a couple of tracks for nationally known recording artists to his credit; his contribution to the new Pimp C record Pimpalation (Rap-A-Lot), the sweet ballad rap “I Miss U”, was singled out by XXL Magazine as the strongest of the album’s 16 tracks. Indeed, Donald Brown Jr. is a rapper, not a jazzer. And his dad is OK with it.

“Early on, he was turned off by the stereotypes associated with rap,” says the younger Brown. “He talked bad about it early on. But I said, ‘Dad, you gotta listen to my music.’ And over the years, he saw me stick with it, and that I was serious about it. And now both of my parents have been real supportive of what I do.”

Which is one of several indicators that the apple really hasn’t fallen that far from the tree. Because Brown Jr. is in many ways a hip-hop producer/artist with the heart of a jazzman, or at least that of an R&B traditionalist. At 25, he says he’s already begun to see the musics that were integral to his upbringing—perhaps even part of his very DNA—reassert themselves in his own work.

A husky fellow who makes his lean-limbed sire look almost slight in comparison, Brown, Jr. remembers that he and his brothers listened to hip hop at an early age, even as his father’s music—jazz and R&B, and some ’70s funk and soul—dominated their household milieu. There was always plenty of recording equipment in the Brown home, so the brothers learned to four-track their own raps, producing their first full-length cassette tape when Brown, Jr. was in second grade, their first CD when he was 15.

But as his siblings gravitated inevitably toward jazz—eldest Kenneth is a drummer, while youngest Keith is pianist with considerable potential—Brown, Jr. stayed the course with rap, putting the skills he’d learned tinkering with his father’s equipment to good use, producing tracks for his friends. A talented visual artist, he could produce the musical tracks on a rapper’s CD, then design cover art for the jewel box as well.

The Brown brothers briefly flirted with having their own home-based Ozone Studio—Brown Sr. and wife Dorothy even helped them buy equipment—an effort that proved fruitless over the short haul, but was instrumental in furthering Brown Jr.’s skills as a producer.

“We were all about good music,” Brown, Jr. says. “But we didn’t realize you had to have a plan, talk to radio stations and record stores and aggressively sell your music.”

In 2000, Brown Jr. met another aspiring local rapper, Eric “Tallson” Gray (Brown, Jr. himself often records under the moniker MI$TA ENZ). They recorded an album together, with both of them rapping and Brown, Jr. producing, and marketed it on the “chitlin circuit”, at tiny clubs in small towns like Winchester and Manchester and Tullahoma, eventually moving 1,500 copies.

“We got such positive feedback, even though we knew the record really wasn’t very good,” Brown, Jr. explains. “The thing is, these small towns don’t get much outside entertainment.”

Their efforts garnered the attention of a small rap imprint out of Birmingham; though the duo signed on to record for the label, the project never came to fruition. But not long after, Brown, Jr. and Tallson joined with Jim Slay, a talented local rapper whose skills Brown, Jr. felt were underappreciated, and recorded a three-man effort entitled Southern Made , under the group name Common Folk.

Seeking broader recognition, the trio sent their record to Antonio “Topcat” Randolph, an Atlanta-based hip-hop impresario with his own PTMG Productions company and a small stable of rap artists. Topcat liked their work, and found label interest with the budding Dirty Bird Entertainment imprint in December of 2004.

Common Folk dissolved before anything came of the partnership, however, as did Dirty Bird Entertainment. But Brown, Jr. kept ties with Topcat, who had the wherewithal to shop the beats he recorded as a producer to other artists, including many platinum sellers.

A hip-hop record producer is a different animal from his counterpart in rock; while the latter largely guides, and sometimes gently molds, the artists in his charge, a rap producer is often responsible for assembling the musical tracks that underlie the spoken word—using samplers, keyboards, drum machines, and any other tools at his disposal. Brown, Jr. prides himself on imbuing the tracks he creates with more textures and thematic variations than those of many of his contemporaries, some of whom tend to lean on staid loops, endless repetitions of tired beats.

“I like tracks that are saying something musically as well as lyrically,” Brown, Jr. says. “I like to hear guitars and strings and bass, something more than just a drum beat.”

His musicality caught the ear of rapper Pimp C, one-half of successful southern rap duo UGK and now a solo artist. Released from a four-year prison stint (on a parole violation) in December, Pimp C selected one of Brown’s tracks for his comeback release Pimpalation . The aforementioned track, “I Miss U”, features a tuneful modern R&B-inflected beat that unfurls slowly, then resolves, before repeating again, with a chorus of girl-group singers crooning sweet soul harmonies underneath. Brown’s is the only contribution on the record that didn’t come from an established producer.

But Brown’s second musical contribution to a big-league rapper has been more problematic. Brown, Jr. says he had traded some of his own recordings with those of another aspiring young producer in Memphis. Somehow, his beats ended up in the hands of rapper Pitbull out of Florida, who made use of them on his track “Dope Game,” his contribution to a hip-hop compilation CD featuring various artists.

Brown, Jr. was upset when he heard his track appropriated without his consent, but he has since taken steps to ensure that he is properly credited for his work with Pitbull. “Stuff like that happens a lot in this music, where lots of hungry artists and producers don’t go through the right channels to copyright their stuff,” he says. “I’ve known plenty of people over the years who have had similar experiences.”

All of which served to remind Brown, Jr. of the hazards of his business. The truth is that though rap stereotypes are often thoughtless, even cruel, applied without fair consideration of the real people who are saddled with them, rap can be a mean business, sometimes overrun with deception, drugs, and thug posturing.

“There’s too much drama in hip hop for me,” says Brown, Jr., adding that he has had his life threatened on at least one occasion by another artist with a beef. “There are clubs where people feel like they need to bring guns, Crips and Bloods hanging out in some of the studios… there’s a negative energy that surrounds it.

“I want to get to the point where I can just produce, come in and do my tracks and leave. And I’d like to get into producing more than just hip hop. That’s one of the things I like about working with Antonio TopcaT. He isn’t single-minded; he has a rock group, an R&B group. I want to become a well-rounded producer.”

Not coincidentally, Brown, Jr. notes that his own musical tastes have slowly shifted in recent years, drifting back around to some of the music he heard coming from his father’s record player as a child—artists like Stevie Wonder, Sam Cooke, Marvin Gaye and soul group Black Ivory. He bemoans many rap artists who lack soul and melodic sense, who “do a dah-dah-dah beat, put bass under it and talk about jewelry or money, and it’s a top hit.”

“When I was younger, making rap tracks with my brothers, their tracks would always be more musical, while mine were more strictly raps,” Brown, Jr. says. “I was listening to Tupac and Eightball and Scarface and Goodie Mobb. Now that’s turning around. I’ve probably bought five hip-hop records in the last five years.”

“I think Donald has always enjoyed old-school R&B,” says Donald Brown Sr., noting that his son has manifested a new interest in expanding his keyboard repertoire as well. “But as he’s matured, I think he’s appreciated the value of it more. And maybe sensed the message is more powerful, with a more universal appeal.”

It seems an unlikely pairing—a father who is the inheritor of a distinguished jazz tradition, and a son who has embraced the brash urban modernity of hip hop. But appearances can be deceiving, and perhaps these two mwn called Donald Brown are even more alike than their shared name would indicate.

“It’s true that I’m not a big fan of rap,” Brown Sr. adds. “But I try to support him doing his music. He’s very passionate about it. And if he believes in it, I want to be there for him.” 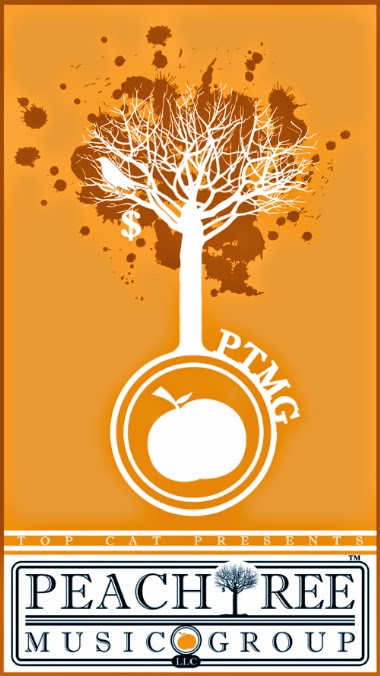