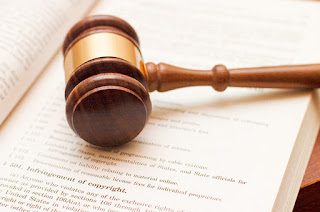 Why The U.S. Copyright Office Chose The Mechanical Licensing Collective

7/5/2019 by Ed Christman
The Copyright Office said it chose the Mechanical Licensing Collective over the American Music Licensing Collective because the former fulfilled all the qualifications required by the Music Modernization Act to receive the designation, while the latter fell short on some of the qualifications.
The Mechanical Licensing Collective (MLC) is a new entity created by that statute and slated to begin operations on Jan. 1, 2021 to manage a blanket mechanical license and to collect royalty payments from digital services and in turn pay the royalties to the correct copyright owners. In order to insure that occurs, the MLC will build a database matching compositions to recorded masters.
In a 86-page ruling, the Copyright Office laid out the reasons why it designated the group led by the National Music Publishers Association (NMPA), the Nashville Songwriters International Association and the Songwriters of North America instead of the American Music Licensing Collective (AMLC) to build and operate the Mechanical Licensing Collective created by the Music Modernization Act.
According to that document, "the Office concludes that while both candidates meet the statutory criteria to be a nonprofit created to carry out its statutory responsibilities, only MLCI satisfies the endorsement criteria, and MLCI also has made a better showing as to its prospective administrative and technological capabilities. The Register is thus designating MLCI, including its individual board members, with the Librarian’s approval."
The Copyright Office Ruling on the designation of the MLC was made by Register of Copyrights Karyn Temple and approved by Librarian of Congress Carla D. Hayden.
One of the key arguments that the AMLC made as to why it should receive the designation concerned its interpretation of the marketplace as worded in the MMA. The AMLC argues that the statute’s wording, "the greatest percentage of the licensor market for uses of such works in covered activities, as measured over the preceding 3 full calendar years," referred to the number of copyright owners. Meanwhile, the NMPA and its supporters argued that wording referred to market share by royalties.
Up until this ruling, the Copyright Office hadn’t ruled specifically which interpretation it favored, but it now says it agrees with the NMPA. But even if it had ruled in the AMLC's favor on that issue, that group still would have lost out on that requirement because the NMPA lined up more copyright owners than the AMLC, according to the Copyright Office. In specific, it noted that the AMLC did not provide market share data for its endorsing copyright owners while the MLC showed that it had the support of 85%-90% of the marketplace.
Even by the numbers, MLC counted 132 musical copyright owners with well over 7 million musical works, and it was endorsed by over 2,400 songwriters, according to the Copyright Office ruling. Consequently, it said that the MLC is the entity that most nearly fulfills the market share requirement while also noting that "even under the metric for which the AMLC provides evidence—number of copyright owners, AMLC would not be the candidate that satisifies the endorsement provision…AMLC still would have substantially fewer endorsements than MLC", about 1000 endorsements versus about three times that for the MLC.
The Copyright Office noted that in the end the Recording Academy, which initially withheld endorsing either candidate, ultimately endorsed the MLC. "Thus, under both the proper metric of market share, and the alternative metric of number of copyright owners, MLCI is the candidate that satisfies the endorsement requirement," the ruling stated.