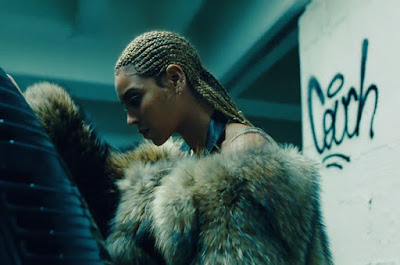 The 2016 Emmy Awards nominations are in, and for the 16th straight year, HBO is the top-nominated network with a total of 94 nods. And while a few music-related entities are among the potential honorees -- Taraji P. Henson's Cookie Lyon character from Fox hit Empire was one; Broadway star Audra McDonald as Billie Holliday in HBO film Lady Day at Emerson's Bar & Grill another -- Beyonce's HBO special/"visual album" Lemonadewas shut out of the major categories.
Taraji P. Henson, Audra McDonald Nab Emmy Nominations
Lemonade was, however, nominated four times. First, in the category Outstanding Production Design For A Variety, Nonfiction, Event Or Award Special; Hannah Beachler (Production Designer), Chris Britt (Art Director) and Kim Murphy (Set Decorator) are the people who stand to receive the award if the special wins against designers for Grease: Live, He Named Me Malala, the Oscars broadcast and The Wiz Live.
Second, Beyonce herself, alongside director Kahlil Joseph, are nominated in the Outstanding Directing For A Variety Special category. The duo are up against Grease: Live, the Grammy Awards broadcast, the Kennedy Center Honors broadcast and live specials from Adele and Amy Schumer. Third, editor Bill Yukich is up for Outstanding Picture Editing For Variety Programming, against episodes of Drunk History, Conan,Key & Peele and Last Week Tonight with Jon Oliver.
'Lemonade' Producer Mike Dean Gives the Behind-the-Scenes Scoop on Beyoncé's Opus
And finally, Lemonade as a whole has been nominated in the Outstanding Variety Special category, up against Adele Live In New York City, Amy Schumer: Live At The Apollo, The Kennedy Center Honors and The Late Late Show Carpool Karaoke Prime Time Special. The two nominations (for directing and for the special as a whole) bring Beyonce's total number of nominations to four through the years; previously she was nominated in 2013 for her Super Bowl Halftime Show performance, and again in 2015 for her On The Run tour documentary alongside husband Jay Z.
Update (1:28 pm): An earlier version of this story mis-stated that Lemonade had been released outside of the Emmys' eligibility period. That was based from the L.A.-based Emmy nominations eligibiltity period, which runs the duration of 2015; the Primetime Emmys nominations period runs June 1, 2015 - May 31, 2016. The article has been updated to reflect the change.

Posted by PeachTree Music Group at 5:20:00 PM No comments: