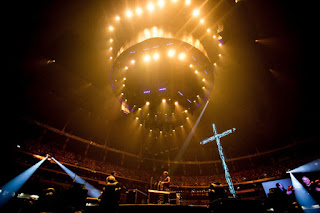 The annual massive concert/revival, helmed by Pastor Louie Giglio, founder of the Passion Movement and pastor of Passion City Church in Atlanta, Georgia, will be taking place simultaneously at Philips Arena and Infinite Energy Center in Atlanta, as well as theToyota Center in Houston, Texas, Saturday evening. The three-day conference is attended by students mostly between the age of 18 to 25 years old.

"God wants the people of these cities to feel lifted by a gathering of this size," Giglio said in a statement ahead of the event.
Along with Giglio, other speakers include John Piper, Christine Caine, Ravi Zacharias and Levi Lusko. 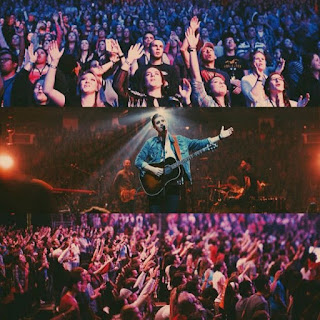 This year, those who can't attend in person will be able to watch the conference from their computer through livestream by going to the Passion 2016 website and signing up. Conference attendees, usually between 18 and 25 years old, will be able to watch the events unfolding at all three locations in real-time thanks to live-streaming at all sites. 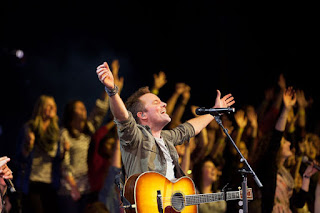 India will not get financial aid from United Kingdom beginning 2016

India will not get financial aid from United Kingdom beginning 2016

By Dna Web Team
Date published: Thursday, 31 December 2015 - 11:00am IST | Place: New Delhi | Agency: dna webdesk
However, UK will continue to provide technical cooperation with a focus on policy and skills.
Come the New Year, India will stop receiving financial aid from the United Kingdom, in keeping with a decision taken by the British government in 2012.
The transition phase lasted three years till the end of 2015, during which the existing projects that had already been provided with financial grants were completed. However, while financial aid will come to an end, the UK will continue to offer technical assistance to India from 2016.
The decision to stop aid had been taken following divided opinions about granting aid to India given its growing economic status, space and defence programs. In 2012, the then finance minister Pranab Mukherjee had also said that British aid was "a peanut" and India could do without the funds, according to a report in a leading daily.
For tracing monetary relations between countries, read: Statistics on International Development
The financial aid provided by the British government in the time period of 2013-2015 could be valued at Rs 855.01 crores in 2013-14, Rs 601.77 crores in 2014-15 and 190.06 crores in 2015-16, the report said. Currently, DFID provides assistance to 26 government sector projects in health, education, governance and urban reforms sectors at the Centre and in states like Madhya Pradesh, Odisha, West Bengal and Bihar, the report added.
However, statistics released by the Department for International Development (DfID) said that India received 279 million pounds in 2014, a 10-million pound increase over the previous year, despite the promise of a cut.
Meanwhile, the technical assistance projects are expected in the areas of agricultural reforms, urban infrastructure and energy access, the report said.
Posted by PeachTree Music Group at 11:26:00 PM No comments:


Share on FacebookShare on Twitter
Brazil’s economy will contract more than previously forecast and is heading for the deepest recession since at least 1901 as economic activity and confidence sink amid a political crisis, a survey of analysts showed.
Latin America’s largest economy will shrink 2.95 percent this year, according to the weekly central bank poll of about 100 economists, versus a prior estimate of a 2.81 percent contraction. Analysts lowered their 2016 growth forecast for 13 straight weeks and estimate the economy contracted 3.71 percent last year.
Brazil’s policy makers are struggling to control the fastest inflation in 12 years without further hamstringing a weak economy. Finance Minister Nelson Barbosa, who took the job in December, has faced renewed pressure to moderate austerity proposals aimed at bolstering public accounts and avoiding further credit downgrades. Impeachment proceedings and an expanding corruption scandal have also been hindering approval of economic policies in Congress.


“We’re now taking into account a very depressed scenario,” Flavio Serrano, senior economist at Haitong in Sao Paulo, said by phone.
Central bank director Altamir Lopes said on Dec. 23 the institution will adopt necessary policies to bring inflation to its 4.5 percent target in 2017. Less than a week later, the head of President Dilma Rousseff’s Workers’ Party, Rui Falcao, said Brazil should refrain from cutting investments and consider raising its inflation target to avoid higher borrowing costs.
Consumer confidence as measured by the Getulio Vargas Foundation in December reached a record low. Business confidence as measured by the National Industry Confederation fell throughout most of last year, rebounding slightly from a record low in October.
The last time Brazil had back-to-back years of recession was 1930 and 1931, and has never had one as deep as that forecast for 2015 and 2016 combined, according to data from national economic research institute IPEA that dates back to 1901.

What changes in France from January 2016

The start of the New Year in France brought in a flood of changes, including a complete reworking of France's map and the introduction of compulsory doggy bags in restaurants. Here's everything you need to know.
A new French map
It's 2016 and France now has 13 regions - down from 22 - thanks to a major rework of the regional map.
The new map, pictured below, saw some regions like Brittany unchanged, but the fusion of two or even three regions in some other cases. The move is an effort to streamline regional councils and to run the country more efficiently.
The names of the new regions remain unannounced, and for the moment are just a combination of the names of the previous regions.
If you want to see an interactive map detailing the changes, head over tothis page on the official government website, or click here to read more about the new regions and their capitals.

Paris gets bigger
January 1st sees the official launch of Grand Paris, or "La Métropole du Grand Paris" to give it its full name.
Essentially, the project means that the large Parisian suburbs of Hauts-de-Seine, Seine-Saint-Denis and Val-de-Marne - as well as a handful of smaller communes - will now become much closer integrated with the capital in the aim of inter-communal cooperation.
Grand Paris will see over 200 councillors working together on everything from environmental issues to economic development.
Increase in minimum wage
Those on minimum wage in France can expect an ever-so-slightly fatter wallet - with a six-euro increase per month. The minimum hourly wage is now €9.67 an hour, or €1,466.62 a month.
Tampon tax drops
The tax on women's sanitary products has dropped from 20 percent to just 5.5 percent. This has been a hot topic in France, seeing protests from women's groups around the country who argued that tampons should be taxed like condoms, or food.
The government initially opposed changing the rate, saying it would reduce tax receipts in 2016 by €55 million.
Drop in gas prices
For the fourth consecutive month, France's gas prices have fallen, this time by an average of 2 percent. The prices have dropped by an average of over 10 percent since January last year.
Doggy bags introduced
Restaurants now officially need to provide doggy bags for customers who want to take their meal home. The law applies to any restaurant that serves over 180 meals per day.
It's a move by the government to cut down on the 7 million tonnes of food wasted in France each year - but it remains to be seen if the French will adopt this typically American custom.
Get paid to cycle to work
Those who cycle to work are now eligible for a little extra pocket money, with a new plan rolled out to pay cyclists 25 cents for every kilometre they cycle between their home and their office. Payment is capped at €200 a year. There's more information here (in French)
Pay less taxes
France is set to get a simplified tax system this year which will see income tax (Impôt sur le revenu) taken automatically at source rather than the following year after the individual annual declarations.
It is estimated that 8 million people in France will pay less tax this year than they did in 2015, with new "one stop shops" opened around the country to make bill paying easier.
Story continues below…
More from The Local
Ten reasons you should visit France in 2016
French-US art dynasty in multi-billion squabble
Wife of Bataclan shooter 'proud' and 'happy'
Increase in bank fees
The average fee to have a bank account in France is set to be €16 this year, compared to €12 last year.
January will see several jumps in these maintenance fees, notably at the Banque Postale, which will leap from €4.20 to €6.20.
And even though there were no fees in recent years, January will see the implementation of new fees at BNP Paribas, Société Générale, and Caisse d'Epargne Ile-de-France - which will charge an annual €30, €24, and €15 per account.
Extra "terrorism taxes"
Those with home or car insurance will pay a bit more "terrorism tax" - meaning the total will jump from €3.30 to €4.30 from January on.
This money will go towards helping the families of terror victims and those who have been injured in terror attacks.